Cassels Milk Stout was first brewed on the brewpub’s wood fired kettle in 2011, initially as a cask-conditioned real ale. Brewery co-owned Zak Cassels says it was a hit from the start, but a decade on, its popularity has sky-rocketed. “it is by far our best selling beer, account for a a third of all the beer we make and sell. We now sell it in every format imaginable – casks, kegs, nitro kegs, cans and bottles.”

While Guinness Draught and Cassels Milk Stout both fall under the same broad beer style, they are two very different beers. Guinness is very drinkable at 4.2%, with flavours of roast malt coffee, and a dry, lightly bitter finish. Its trademark creamy head, created by the use of nitro gas, also gives it a smooth mouthfeel and a light quality – resulting in it being quite a quaffable stout.

Cassels Milk Stout also has a smooth texture, but other than colour, that’s pretty much where the similarities end. It’s stronger at 5.2% and most notably, it’s sweet rather than bitter, thanks to the addition of lactose. It has flavours of chocolate, almonds and milky coffee, and despite its rich character, it’s remarkably drinkable.

In fact. Cassels won the World’s Best Milk Stout award for this beer both in 2019 and 2020, and also claimed the overall “Best Stout or Porter” accolade in the 2019 competition. Zak Cassels says that has meant they’ve been able to offer more and more people the opportunity to discover this beer – and stouts in general, which have traditionally been considered too challenging for many beer drinkers.
“We’re doing our best to [change those views], and it seems to be working” he says. “We have noticed [growth in total stout and porter sales] in recent years, and it is gratifying to be able to say that at least some of that growth has been our Milk Stout.”

Guinness and Cassels are both considered anomalies as breweries, in that they’re best-known for their dark ales in a  world obsessed by lager. And another brewery that has recently joined that team is Burkes Brewery in Tekapo. 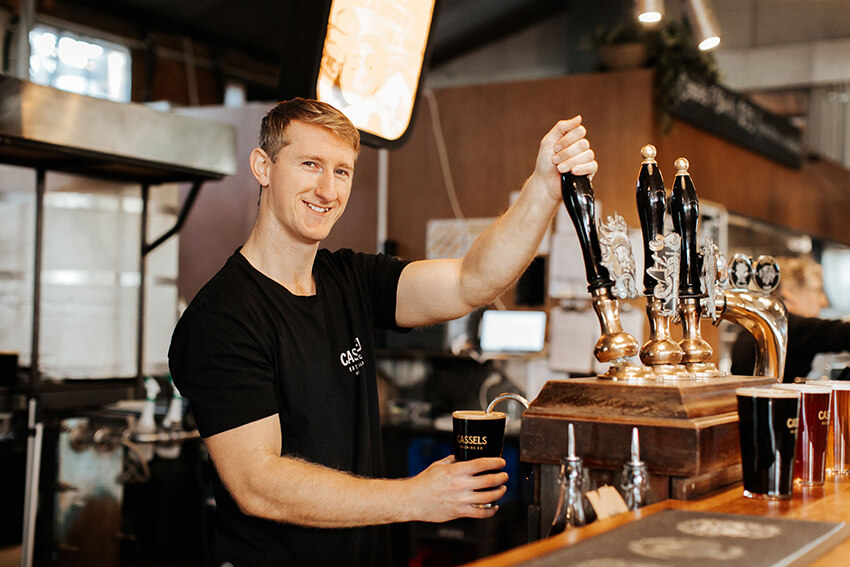