The family behind a brewery born from the rubble of the Christchurch earthquakes are “in a state of disbelief” following their third win at the World Beer Awards.

Cassels & Sons has thrived in its Woolston site since the quakes struck a decade ago.

On Friday, the team woke to discover their American pale ale (APA) had been named the world’s best for 2021 at the World Beer Awards in the United Kingdom.

The small Garden City brewery pipped several well-known global brands with its third win in a row at the awards, leaving owner Alasdair Cassels​ in “a state of disbelief”.

“It’s unbelievable really. The way we make beer and the team’s love for making beer is what takes the credit,” he said.

The APA beer category is one of the most-entered at the World Beer Awards.

The magnitude of a small Christchurch brewery winning in such a large global category could not be understated, Cassels said.

Every brewer had its own “fiercely guarded” procedures and Cassels & Sons was no different, he said.

Significant investment from Cassels’ prior business dealings over the years had been the driving force for the company since it started bottling beer in 2011.

Expansion to more export regions was in sight in the coming months, with a new semi-automated bottling machine on the way to facilitate the increase in supply.

The brewery currently exports to the United Kingdom, the United States and China – the three biggest beer markets in the world.

Head brewer Simon Bretherton​​, a British expat who has been making beer around the world since his teens, was credited with improving the consistency and drinkability of Cassels beer. He was recruited in mid-2011.

He said winning three straight awards on the international stage was “mind-blowing”.

A lot of factors went in to making good beer, but the key for Bretherton was people.

“You can have all the best equipment, technology and recipe, but it’s nothing without a team of people who really care about what they’re doing.”

Most of the head brewer’s day on Friday was spent arranging exports to new markets, but he did allow himself to celebrate with a couple of bottles of APA at home that evening.

“I think we all did to be honest.”

The company’s latest win follows consecutive awards at the same event the past two years for its milk stout, which beat Guinness and other famous brands.

Thousands of beers from across the world were entered into the awards. The judges picked the winners after blind tasting the beers.

Cassels & Sons recently opened its own $1 million canning plant out the back of The Tannery in Woolston in response to craft beer buyers increasingly choosing cans over bottles in an effort to be more environmentally friendly.

Cassels earlier estimated 40 per cent of New Zealand’s craft beer was sold in cans last year, of which his brewery had contributed zero. 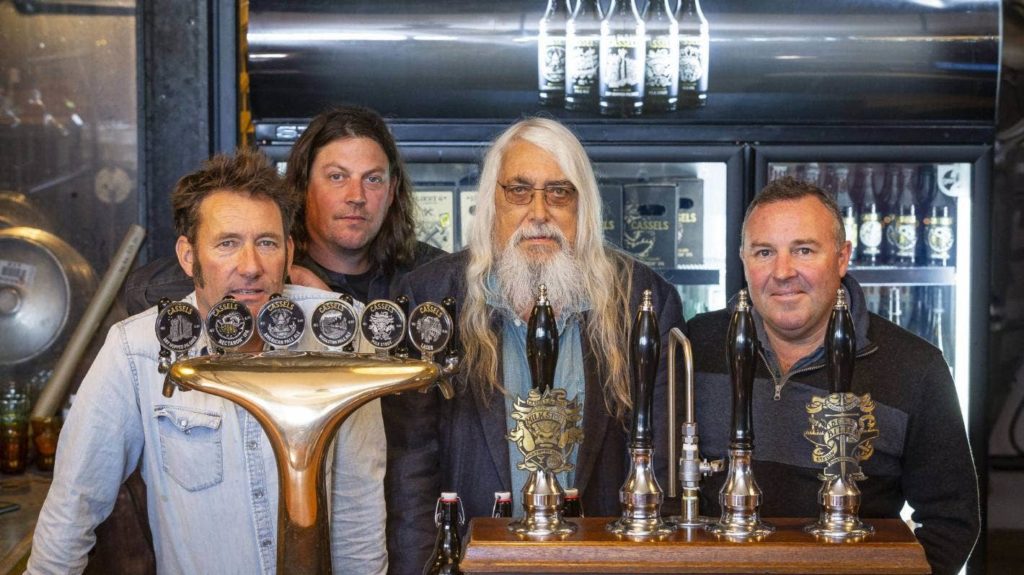